skip to main | skip to sidebar

Having just picked up my June kit from Sarah's Cards to work on (it's really stunning and packed full of goodies - subscribers are in for a treat!), I realised that I didn't share my pages from April.

Here are a couple of layouts that I made with the kit, which featured Echo Park 'For the Record' along with plenty of other great items. Not a lot of explanation required here really - the first page is about my dad and his grandson, and how I just love watching the two of them together. Dad isn't so keen on the nappy changing side of things lol, but he adores the cuddles and playtime! 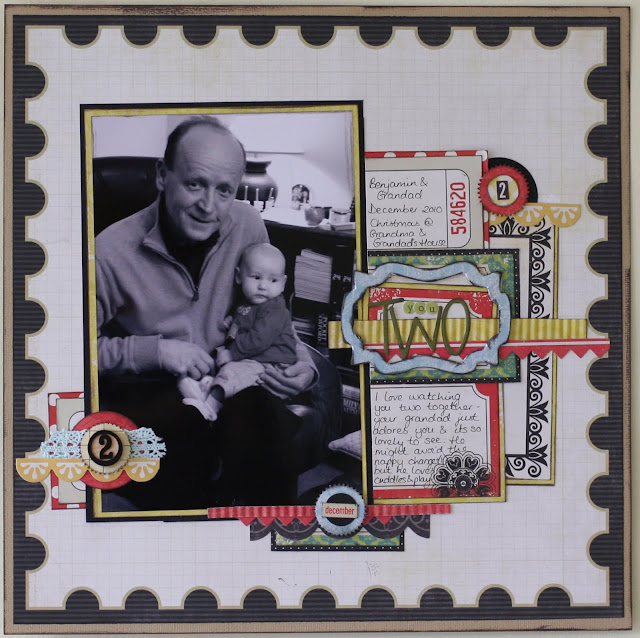 This kit featured an alphabet sheet from Bella Blvd, which has 4 different fonts on it - I loved all the options, so I conbined loads of stickers to make a really long title (or a title-less page with journalling, whichever way you want to look at it!). Already this photo was months ago, and my little boy has changed so much again. Sometimes it scares me how fast everything is whizzing by, and I wish I could just stop where we are for a moment or two, but then Benjamin will do something new like roll over, or sit up by himself and I realise that he is becoming his own little person with every day that passes, and I love that. 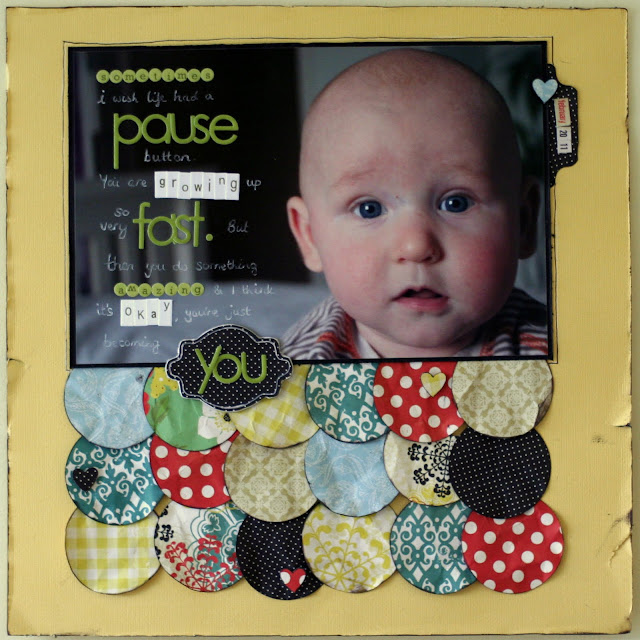 There are exciting things happening over at Sarah's Cards at the moment, so if you don't already follow the blog can I suggest you hop on over there and add it to your read list. As of 1st June the blog is having a big old shake up and it's all very exciting! Every month there will be posts from all the design team members with projects and inspiration (there really are some stunning projects coming your way!), along with challenges and giveaways.
Click on the picture above to head on over.
Whilst you are at it, you might also want to follow Sarah's Cards on
Facebook
and on
Twitter
for all the latest news, and exclusive giveaways.
Posted by Jen at 9:30 am 0 comments

I was so thrilled to be asked by the lovely Anna to be guest designer for the Make and Create May kit.
This month Anna has created two mini kits - one for little girls and one for little boys. They are both gorgeous, and I'm lucky enough to be working with the little boy kit - perfect for the my little man.
You can puchase the kit here in the shop - do have a look around while you are there - there are so many cute embellishments and kits, including many handmade items. Keep and eye out on the inspiration section too for my creations using the kit!
Posted by Jen at 12:22 pm 0 comments

It has been on the horizon for quite some time, since my craft space is looking less than organised, and those that know me will know I don't work well in mess (I clear up after every layout, and put everything away, including all my tools, I like to start afresh each time!).
So, in the name of creativity and productivity I am having a bit of a clearout, and selling some stash on good old eBay.
Not wanting to pimp too much, but if you are interested you can have a look at my items for sale on eBay here. 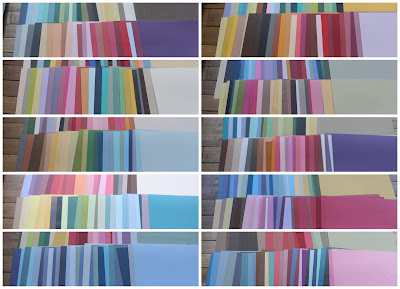 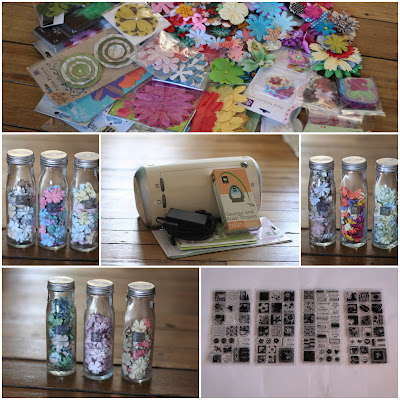 LOADS of cardstock, flowers, stamps and a Cricut machine are up for grabs, and I'll be adding more over the next few days so keep looking!
In the meantime, here's another layout I did last weekend - I used the gorgeous MME woodgrain for my background, and I even gutted it so that nothing was hidden and I could use the remainder on another page . Funny story - I cut the scalloped paper too small for the size of the hole I'd cut in the woodgrain, hence the little circular butterly embellishment to hide the gap! I'm enjoying square photos at the moment, and have ordered a few in 5x5" size from photobox - if you are stuck in a rut, a different size & shape of photo is great to get you out of it! 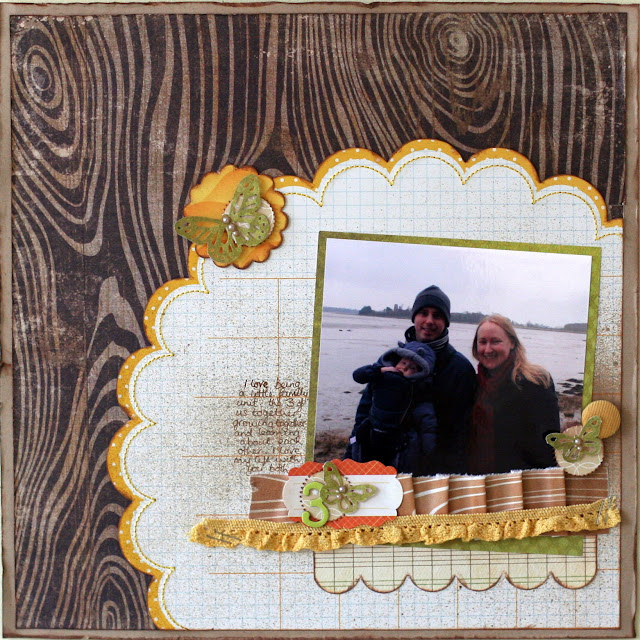 As promised, here are my pages for march. I am really enjoying the 4x4 mini pages as something a bit different to last year's book which was 6x4 mini pages. I quite like the idea of these ones which are a mixture for next year's album, but let's not jump the gun!
So, March was Benjamin's 5 month photoshoot - he was just learning to sit up for a few seconds without tumbling down, by the end of the month he was fairly reliable and he's a pro at sitting now! We started weaning at about 5 months, and he's taking to it really well and now enjoys a whole selection of fruit and veg along with some finger foods. We are just in the process of moving on to meat recipes now. Things change so quickly! His favourite things for this month were swimming, lip-smacking and bathtime. I love that I've got these pages to look back over & see what stage he was at for each month. I need ot start jotting information down though, because it's so easy to forget when he first did things! 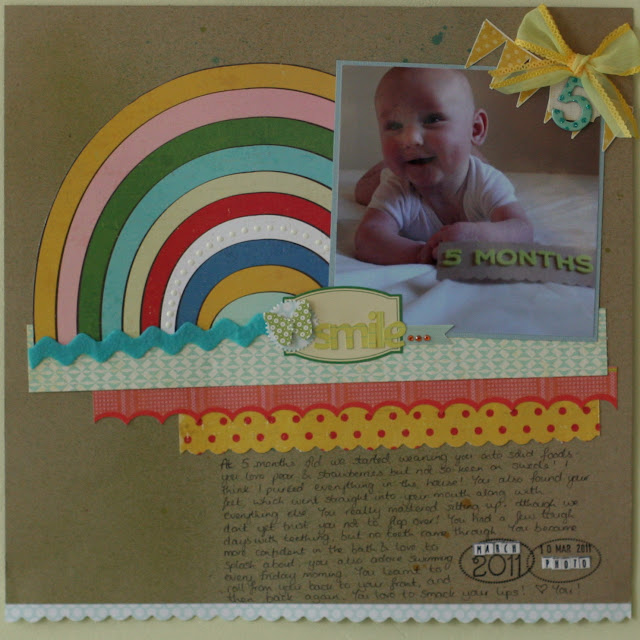 My mini pages for March include a whole selection of cute Benjamin photos, the Sarah's Cards retreat (my first weekend away from the little chap),filling out the census, my sister getting engaged, lemon cake, making beer at home, and spring flowers in the garden. Using Instagram pictures from my phone combined with a kit means these come together easily, without having to think too much. I was a bit (=totally) rubbish at collecting 'things' to put on my pages in March, for May I have an envelope pinned to my noticeboard to help overcome that! 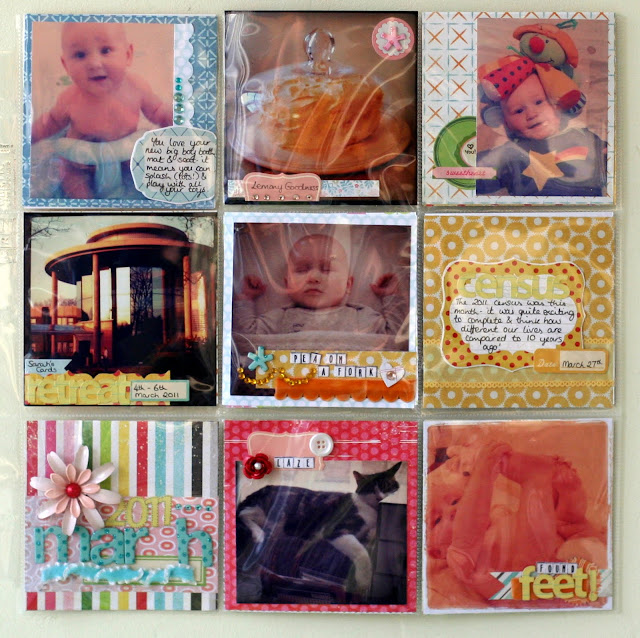 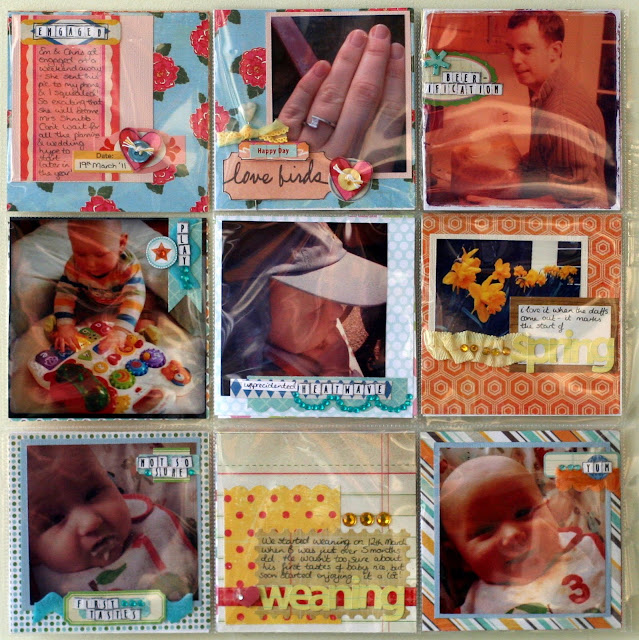 I've just realised I didn't take a photo of my second page for March - it's all about weaning, I'll get it up next post.
April was super busy & I have no idea how it's all going to fit onto 18 squares - I think I might have to squeeze the girly weekend into May (well, it ended May1st so that counts right?!) or else I really won't have space for all the fun things we did!
Posted by Jen at 12:00 pm 4 comments

If you travel around blogland at all, you will probably have come across the fact that the scrappy girls & I had a lovely country cottage last weekend. I had such a fantastic time - there was scrapping, wine, Harry Potter, tiny ponies & great friends - what more could you want?! 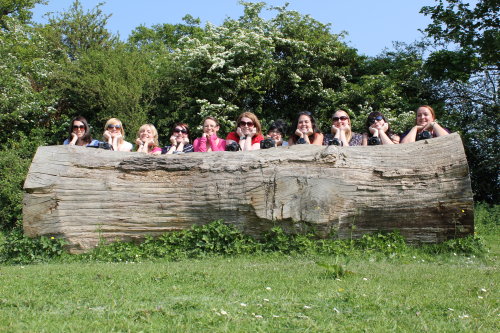 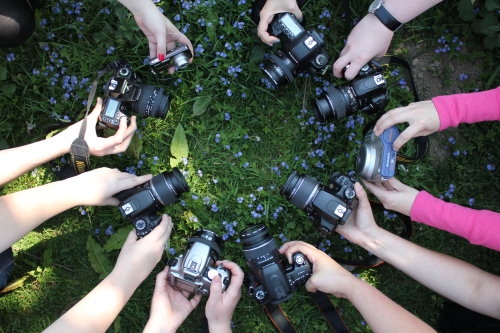 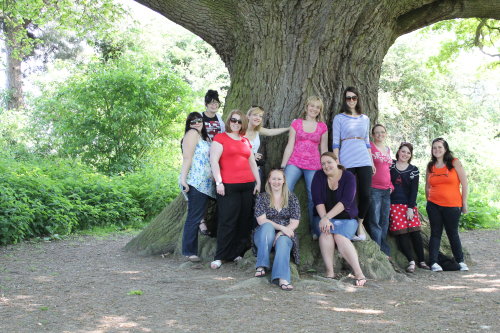 My productivity was nowhere near that of some of the others, and that was I'm sure partly due to the amount of wine consumed on Saturday, and the fact that the weekend felt more like a girly holiday than a crop. Still, I managed 7 layouts (if you count a side of my document 2011 mini pages as 1 layout - if you count it as 9 then I did 23 lol!).
This page is of  recent pic of me and my little B taken on my very first Mother's Day a few weeks ago. I used mostly the April Studio Calico kit for this one - I have to admit I was very unsure about the metal banner thing when it arrived, but on the page I love it! Just goes to show you shouldn't judge a product 'til you've used it. 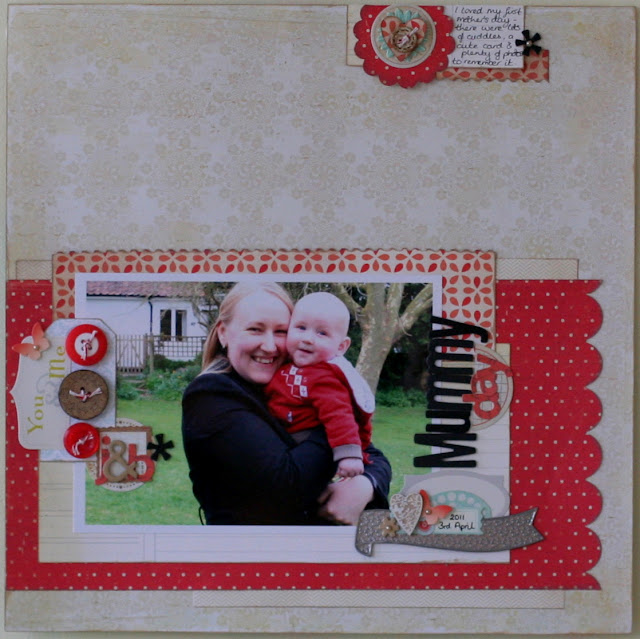 I also got my document March pages done - coming up in my next post!
Posted by Jen at 8:58 pm 3 comments

Jen
Suffolk, United Kingdom
I'm 27 years old, married to Michael and mum to baby Benjamin. We live in a little cottage with our cat Mungo. I love pretty things!