skip to main | skip to sidebar

We spent Saturday at Wimbledon on Centre Court and what a fab day it was!
We were treated to the Women's final, between who else but the Williams sisters of course. These girls are total power houses, and they move so fast, trying to get a decent shot of them was tricky because I also wanted to watch the match! My new zoom lens came in handy though, and I got a few I was pleased with.
The second match of the day was the men's doubles - what a game! Super quick, fab rallying and lots of movement around the court - I really enjoyed it. Finally, the women's doubles and the Williams sisters were in action again. It was a long day - thre 3rd match finished at around 9pm, but we had a great time and I will be hoping to go again next year too! 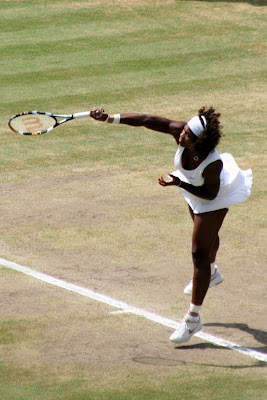 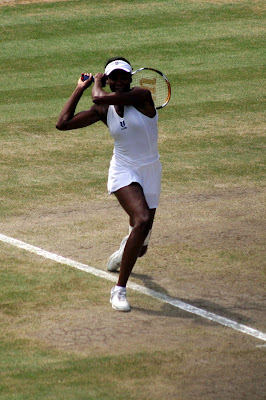 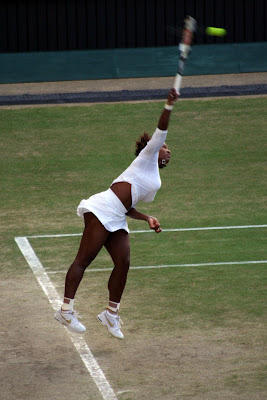 Wow, how lucky are you?! Those photos are great x

Jen
Suffolk, United Kingdom
I'm 27 years old, married to Michael and mum to baby Benjamin. We live in a little cottage with our cat Mungo. I love pretty things!